Friday evening, no one, among those who scrutinized the introduction of the favorites of the Vuelta, took the trouble to lay their eyes on the time of Arkéa-Samsic. And for good reason, since the case that we will call “Tramadol”, which stuck Nairo Quintana at home for two checks on this product on the Tour de France, the Breton team has lost its goal. Worse, it is deprived of the one around which the collective had been built. With seven riders, and not eight, discovering the Vuelta, Arkéa-Samsic nevertheless has one imperative: to score points to secure a place in the World Tour from 2023.

Vasseur: “Coquard may have let himself be walked on a little too much”

The Colombian’s sixth place on the Tour, as well as the good overall results of Emmanuel Hubert’s team, had allowed him to be firmly established in 14th place in the combined classification of the last three seasons, the one that will be used to award the 18 World Tour licenses for the next three. The withdrawal of these points made it move back one rank and above all brought closer the 19th place held by Lotto-Soudal. Nine hundred points is not a straw, but if Lotto-Soudal’s strategy of refueling in all the other races outside Vuelta over the next three weeks works, everything can go very quickly.

To be honest, with a Nairo Quintana as an outsider in the general standings, Arkéa wouldn’t worry. By refusing the automatic invitation for the Giro in May, the Breton formation had a plan in mind, that of its Colombian leader. Overtaking Tour and Vuelta made sense and being one with “Nairoman” just as much. It is therefore another Tour of Spain which has started for the one who finished 18th in the team time trial, 1’25” behind Jumbo-Visma.

At seven, since Nairo Quintana has not been replaced. A case that the team no longer wishes to comment on, even if it means ending an interview if the subject is raised according to our colleagues from Velonews. At Arkéa-Samsic, we focus, rightly, on the present: Gesbert, Delaplace, Guernalec, Guglielmi, McLay, Oswian and Russo. All have one thing in common, that of discovering the Tour of Spain. A funny hazing and an uncomfortable first?

A stage victory, a reasonable objective?

Yes and no. Working for a leader of the stature of Nairo Quintana, former winner of the event (2016) but also of the Giro (2014) would have made the band grow and in particular the talented Elie Gesbert, or the young Simon Guglielmi and Thibaut Guernalec. But not having Quintana in the “paws” will free Guernalec and the others who will run free, constrained and forced in a certain way. The Breton was seen up front this Saturday towards Utrecht. He missed the classification operation for the best climber for nothing, but he put on the road the philosophy of this “new” Arkéa-Samsic, namely to run at the front to seize all opportunities.

“It is clear that we are aiming for stage wins rather than the general classificationrecognized Sébastien Hinault with Velonews. We have guys who are capable of it, Dan McLay or Elie Gesbert. The seven runners are able to do it if they are opportunistic” The Vuelta, unlike the Tour de France, offers more chances to less rated riders and allows some to open their record. This Saturday in Utrecht, Dan McLay, who rubbed shoulders with Tim Merlier in the sprint, took 6th place on the line. Far from winning, of course, but we saw the yellow jersey on the 2nd stage, and that’s the main thing, for the moment anyway.

To tell the truth, seeing an Arkéa-Samsic raise his arms on this Tour of Spain would be a real surprise. Gesbert, a good puncher and climber, who was promised a great career when he played with young people and who is slow to confirm, is undoubtedly the best card in a team made up of rookies and who are discovering the third grand tour themselves of the season. Funny first, definitely.

The profile of the 3rd stage: Flat from start to finish but a chance for the breakaway?

The profile of the 5th stage: Baroudeurs vs puncheurs for an undecided scenario

The profile of the 4th stage: Place for the first reliefs 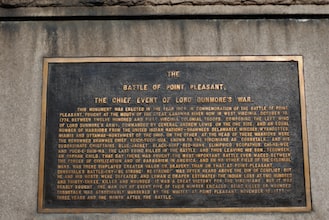