You had to be completely crazy to imagine the scenario of the elite women’s road race at the Wollongong Worlds. Victim Wednesday of a broken elbow following an improbable fall at the start of the mixed relay, unable to follow the best during the last two passages at Mount Pleasant, Annemiek van Vleuten nevertheless found the way this Saturday to be crowned champion of the world for the second time in his career, three years after his Yorkshire solo.

Returning to the lead in the red flame, the world No. 1 surprised the fastest competitors, Lotte Kopecky in the lead (2nd), anticipating the sprint. An unthinkable victory, without her being able to lift her arms, which crowns an extraordinary season for the Movistar runner.

Reusser and Chabbey: “We made a lot of stupid effort”

Black day for the Dutch before the Van Vleuten miracle

The downpours were falling on the Australian street circuit and the Dutch team seemed to be sinking in the penultimate passage of Mount Pleasant. The image is extremely rare: no “orange” appears then in the group of five strong who stand out in the rectilinear and steep ramps of the main difficulty of the circuit. No Ellen van Dijk or Marianne Vos, nor Demi Vollering, who tested positive for covid-19 before the start. And not even Annemiek van Vleuten, the best climber in the world, who switches to a 3rd group about twenty seconds behind Ashleigh Moolman-Pasio, Cecilie Uttrup Ludwig, Liane Lippert, Katarzyna Niewiadoma and Elisa Longo Borghini.

The race seemed folded for the Dutch. But the leading quintet, which nevertheless had a half-minute lead, did not get along enough. Driven by van Vleuten and van Dijk, who were sacrificing their chances for Vos, the peloton came back on the last lap. A first miracle for the Dutch. The scenario repeated itself on the final climb of Mount Pleasant. The same group of five isolated themselves. But this one again procrastinated, leaving a counter group, which included Van Vleuten and the Frenchwoman Juliette Labous, to come back under the red flame.

Van Vleuten world champion with a broken elbow: what if it was a bluff?

The oldest world champion in history

A few meters further, AVV tried its all. His only attack of the day was the correct one. The fastest in the group did not deign to take their wheel, and Van Vleuten went on to win despite her damaged bone, with a second ahead of the Belgian Lotte Kopecky and the Italian Silvia Persico, Juliette Labous taking the lead. 7th place. She becomes, at 39, the oldest world champion in history, a record held since 1985 by Joop Zoetemelk, crowned at 38. A “van vleutenesque” feat, one more in a season that she dominates with an iron fist, after her coronation at Liège-Bastogne-Liège and her hat-trick on the big tours (Giro, Tour, Vuelta).

Muzic: “We gave our maximum”

Durand: “Van Vleuten played the role of a luxury teammate”

WIMBLEDON: With this 21st coronation, Djokovic relaunches the race for the Grand Slams 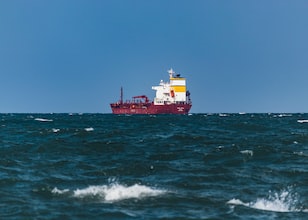 TOUR OF SPAIN – “I didn’t have the legs”, Evenepoel victim of his first failure