“Let them go back to break his knee”: Assault on Kheira Hamraoui, new revelations

It’s a turnaround worthy of the greatest action movies. Since the attack on the former Paris Saint-Germain player Kheira Hamraoui on November 4, 2021, it was thought that it would be difficult to get hold of suspects and yet everything accelerated last week. That day, the 32-year-old sportswoman was brought back by car by her club teammate. Aminata Dialloat his home in Chatou (Yvelines). The latter was quickly suspected by investigators from the Versailles banditry repression brigade, but she was finally released after a long period of police custody. The investigation is slipping and suspicions are falling on the former French international, Éric Abidal.

Finally, this track is abandoned and nothing for months…until last week. On September 14, 4 men were arrested and taken into custody. Two days later, Aminata Diallo was again placed in police custody, then indicted and remanded in custody. The other defendants acknowledge their involvement in the case, indicating that they acted on the orders of an intermediary, who would have a link with the Parisian player. In its edition yesterday, the Sunday newspaper reveals some excerpts from the interview of one of the suspectsand his words are scary… “The little one had to hit Hamraoui while his friend had to pretend to attack the driver Aminata Diallo to make it better”he would have said.

How is it not well done? I gave a good kick to the knee

Badly beaten that evening, Kheira Hamraoui escaped with multiple bruises, but nothing broken. “The player’s friend called the little one back saying that what they had done, it was not enough and that they had to go back to break his knee with the iron bar”allegedly pursued the suspect, according to the JDD. Chilling words that would therefore confirm the involvement of Aminata Diallo in this attack. Faced with the reproaches of his interlocutor, the attacker would then have replied: “How is it not well done? (…) I gave a good blow to the knee. How come she can still walk? She won’t be able to play tomorrow’s game as planned.”.

The article on Kheira Hamraoui’s assault can be found in full on the JDD website.

Aminata Diallo remains presumed innocent of the charges against her until the final judgment. 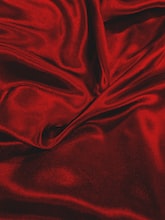