With eight weeks of the college football season in the books, Week 9 presents the last opportunity for teams to prove they belong in the College Football Playoff picture.

On Tuesday, the CFP committee will release its first playoffs rankings of the season that will no doubt set off arguments around the country.

Inevitably, there will be shouts of an SEC bias, and at least one school will feel slighted by where it lands.

But that’s not for another few days.

For now, we have three top-25 games on the Week 9 slate, with No. 3 Tennessee on upset alert at home and Michigan and Ohio State looking to stay on course to remain undefeated for their matchup at the end of November.

Let’s look at a few games to be aware of Saturday as the college football season kicks off Week 9.

Since its Week 1 win over then-No. 5 Notre Dame, Ohio State has not been tested, winning by at least 21 points every game following its win over the Irish.

The Buckeyes’ offense has rolled, averaging 517.4 yards per game (fourth in the country) and 49.6 points per game (second-best in the country). Heisman Trophy favorite C.J. Stroud has led the charge, leading the country in touchdowns (28), passing efficiency (203.9) and QB rating (92.6).

Quarterback C.J. Stroud (7) of the Ohio State Buckeyes leads his team onto the field before playing the Iowa Hawkeyes at Ohio Stadium Oct. 22, 2022, in Columbus, Ohio.
(Gaelen Morse/Getty Images)

The running game, led by TreVeyon Henderson and Miyan Williams, has also been stellar, 21st in the country in rushing yards per game with 204.9.

Penn State’s defense is allowing 140.3 rushing yards per game and gave up 418 yards on the ground against Michigan in Week 7.

But the matchup between Penn State and Ohio State always seems to be close, with five of the last eight meetings decided by one score or less.

“We know that we have to bring it every week,” Buckeyes coach Ryan Day said, according to ESPN. “This is part of that competitive excellence, that competitive stamina. Going on the road and winning a game like this is going to be huge.”

The Nittany Lions are led by sixth-year senior quarterback Sean Clifford, who threw for 295 yards and four touchdowns against Minnesota last week, bouncing back after a tough game against the Wolverines.

“I’m proud of Sean,” said head coach James Franklin, according to the Philadelphia Inquirer. “He’s a battler. He’s resilient. He’s tough. And he played really well. I think, if you look around the country, there are a lot of programs that would be super excited and happy about Sean Clifford being their quarterback.”

Ohio State has won five straight matchups against Penn State and nine of the last 10.

The winner of this game in Manhattan, Kansas, will have a leg up in deciding who will be playing in the Big 12 Championship Game.

Oklahoma State is coming off a top-25 win over Texas, while Kansas State is wounded after losing to TCU.

Quarterback Adrian Martinez (9) of the Kansas State Wildcats is tackled by defensive back Darien Porter (10) of the Iowa State Cyclones as he scrambles for yards in the second half at Jack Trice Stadium Oct. 8, 2022, in Ames, Iowa. The Wildcats won 10-9.
(David K Purdy/Getty Images)

The status of Wildcats quarterback Adrian Martinez is uncertain after the Nebraska transfer was injured against the Horned Frogs in Week 8 and only attempted two passes.

Kansas State head coach Chris Klieman said earlier in the week he was unsure if Martinez would be healthy enough to play.

“He didn’t do anything yesterday,” Klieman said of Martinez on Tuesday, according to The Wichita Eagle. “I don’t know if he will be available.”

Backup quarterback Will Howard will get the nod if Martinez is unable to go after throwing for 225 yards, two touchdowns and an interception against TCU.

The Cowboys are looking to beat their third opponent ranked in the AP Top 25 and put some separation between them and third place in the conference.

“We ended the game with six freshmen playing on defense there towards the end. I know at kickoff we had nine guys running down the field that had never played college football, basically,” Oklahoma State coach Mike Gundy said. “We had a lot of guys that were banged up, nicked up, and we had to put some other guys into play. It is what it is.”

Finally vanquishing your rival is a heck of a feeling.

When Tennessee beat Nick Saban and Alabama for the first time since 2006 in Week 7, the bad taste in the mouths of Vols fans disappeared with a win that informed the college football world that Tennessee was back.

But being the hunted rather than the hunter is a totally different story.

On Saturday, No. 19 Kentucky rolls into Knoxville with upset on its mind.

With Halloween right around the corner, Neyland Stadium will have a new twist Saturday night, as Vols will be sporting their “Dark Mode” all-black uniforms.

It’s the first time since 1951 that both teams will be ranked, and it’s the last test for the Vols before heading to Athens to play No. 1 Georgia in Week 10.

“You’re only as good as your next performance,” Tennessee head coach Josh Heupel said when asked if this was a “trap” game, according to 247 Sports.

“Being able to refocus, regroup and be consistent. What’s been great about this team — the reason it’s one week at a time up to this point, we’ve been able to find a way to be the best team on the field — is their preparation and the way they’ve practiced.”

The Vols are off to their best start since 1998 — when Tennessee went undefeated — but the Wildcats present a serious challenge for Heupel and his offense.

Tennessee Volunteers quarterback Hendon Hooker walks off the field after a game against the Tennessee-Martin Skyhawks Oct. 22, 2022, at Neyland Stadium in Knoxville, Tenn.
(Bryan Lynn/Icon Sportswire via Getty Images)

“Our players got to have a real sense of urgency,” Heupel said.

“You might be anticipating one thing, but with the space that they have, they are creating some deep shots, and the way Hendon is throwing the deep ball very efficient,” Kentucky head coach Mark Stoops said. “He’s very, very accurate on the deep pass.”

Chris Rodriguez Jr (24) of the Kentucky Wildcats runs with the ball against the Mississippi State Bulldogs at Kroger Field Oct. 15, 2022, in Lexington, Ky.
( Andy Lyons/Getty Images)

The Wildcats are coming off a bye week after beating Mississippi State in a game running back Chris Rodriguez Jr. rushed for 197 yards and two touchdowns.

It’s an opportunity for the Wolverines to get revenge after Michigan State handed Jim Harbaugh his team’s only loss of the 2021 regular season and the second in a row to the Spartans.

“Nobody’s watched the highlights of that game or the film of that game more than we have,” Harbaugh said Thursday on the Inside Michigan Football radio show. “We watch it. And also, this year’s tape. But you really want to just know them, you want to master what they’re doing so you can use it against them. And I’m sure they’re doing the same thing up the road, no question about it.

J.J. McCarthy (9) hands the ball off to Blake Corum (2) of the Michigan Wolverines during the first half of a game against the Penn State Nittany Lions at Michigan Stadium Oct. 15, 2022, in Ann Arbor, Mich.
(Aaron J. Thornton/Getty Images)

Michigan enters the game eighth in the country in rushing yards per game, with Blake Corum rushing for 901 yards and 13 touchdowns on the season.

But it’s an in-state rivalry that dates back to 1898, and even with the Spartans having a down year, it’s a chance to knock Michigan off its undefeated perch.

“We all know what this week is. It’s not just another game for us,” Michigan State coach Mel Tucker said, according to ESPN. “Our players and staff and fans understand that.”

Even though Georgia will be 20-point favorites Saturday afternoon in Jacksonville, Florida, “The World’s Largest Outdoor Cocktail Party” deserves a mention.

The Gators and the Bulldogs have a rivalry that dates to 1915, with Georgia leading the all-time series 53-44.

LENDALE WHITE SUGGESTS HE WAS GIVEN CHANCE TO GRAB $150K

It’s the final game before No. 1 Georgia welcomes No. 3 Tennessee to Athens, and the Bulldogs know they can’t overlook 4-3 Florida.

“From the start of the season, Game 1, you watch every game in sequence, and you say, ‘Man, this guy is growing and getting better,'” Georgia coach Kirby Smart said. “The toughest thing dealing with Anthony Richardson is how you affect him because you got to be careful. Some of the runs he’s had have been better than backs have across the country.”

The Associated Press contributed to this report

Joe Morgan is a Sports Reporter for Fox News.

Colorado Senate race: Excerpts from the debate between Michael Bennett and Joe O’Dea 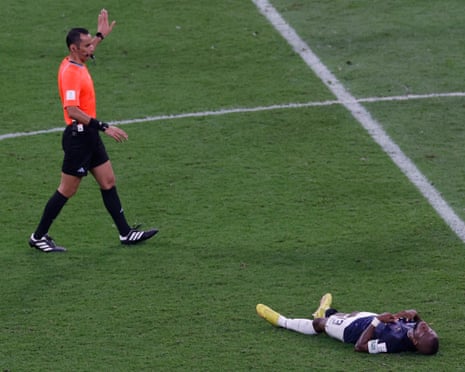