LIVE – World Cup 2022: a Frenchman at the helm of Uruguay-South Korea

SENEGAL (ALREADY) RETURN TO THE WALL

Beaten at the end of the match against the Netherlands (2-0), Senegal is under pressure before the second match of this World Cup against Qatar. “It’s a very, very important match for both teams. In competitions of this level, from the moment you lose the first game, you’re up against the wall in the second,” admitted Aliou Cissé, coach of the ‘Teranga Lions’ . .

“But (in) our collective experience, (there are) other games we’ve had to play that have been at this level of intensity, pressure, importance and requirement. It’s up to us to focus and remember everything we’ve been capable of in the past when we were with our backs to the wall,” added the coach, deprived of his star Sadio Mané.

French referee Clément Turpin is on the whistle for the Uruguay-South Korea match. This is the first match in Group F, which also includes Brazil and Serbia.

Uncertain, because he suffered an ankle injury against Iran on Monday, Harry Kane is available for Friday’s match against the United States. The news was announced by the English coach on Thursday, on the eve of the second game of the Three Lions.

QATAR WANTS TO DO BETTER

“Hopefully we have freed ourselves from the pressure of the first game,” said Felix Sanchez, Qatar coach. “I hope we can compete (against Senegal), show our best level of play and be more competitive,” added the coach.

We recall that “Al-Annabi” (Bordeaux in French) were clearly beaten by Ecuador (0-2), on Sunday at the opening of “their” World Cup. But “tomorrow we’ll give everything,” the coach promised, 24 hours before the Qatari team’s second match at this World Cup.

Here is the starting line-up of the two teams in this first match of Group H. Luis Suarez’s teammates start as favourites. But beware of the South Korean Heung Min Son, who has the weapons to create the company.

None of the four African teams (Senegal, Morocco, Tunisia, Cameroon) who have already played in this World Cup has managed to find the net. Only Ghana, against Portugal this Thursday (17:00), can “save the honour” of the continent during the first day of this group stage.

Victorious over Cameroon by very little (1-0), Switzerland temporarily took the lead in group G. It was Breel Embolo, following a perfect cross from Shaqiri, who gave the national teams the three points (48′).

Interesting in the first period, the Indomitable Lions have never recovered from this blow that arrived as soon as they returned from the locker room.

KANE IN SHAPE FOR MATCH 2

England manager Gareth Southgate announced on Thursday that Harry Kane, who injured his ankle against Iran, is ready to play against the United States. “He’s fine. Today he worked a little more individually, but tomorrow he’ll be back with the team and everything’s fine for the match,” explained the coach.

Victim of a sustained tackle in the 50th minute of the great victory against Iran (6-2), the Tottenham forward played until the 75th minute on Monday before being replaced by Callum Wilson. Saved the following days, Wednesday he had done the scanner but the results were reassuring. “We just checked to be sure (…) but everything is fine,” said Southgate.

Switzerland opened the scoring as soon as they returned from the changing rooms. After Shaqiri’s perfect cross, Embolo only had to apply himself on the penalty spot to deceive an Onana who can do nothing. The Nati take the lead against the Indomitable Lions (1-0, 48′).

Note that the AS Monaco striker did not celebrate his success against his native country, he who is of Cameroonian origin.

The Nati and the Indomitable Lions neutralize each other.

Warming up for the national team: after a botched raid by Choupo Moting, Sommer has to work once again to prevent his side from conceding goals. We are half an hour away from the start of the match at the Al-Janoub stadium.

SHOULD GERMANY THE WORLD?

9.23 million Germans alone followed Germany’s 2-1 defeat by Japan on Wednesday afternoon in the Mannschaft’s first match at the World Cup in Qatar, with crowds down sharply from 2018.

Wednesday afternoon’s match garnered less than 60% viewers (59.7% market share) on the public television channel ARD, and less than 10 million people, according to the channel.

Eric-Maxim Choupo-Moting leads Cameroon’s attack rather than captain Vincent Aboubakar, on the bench, to face a Swiss side in traditional formation, on Thursday at al-Janoub stadium for the 2022 World Cup.

In form with Bayern Munich (11 goals since the start of the season), “Choupo” was preferred by coach Rigobert Song to “capes”, top scorer of the CAN with 8 goals. He also inherited the armband.

A MAN IN THE MATCH

Do you remember Facundo Tello? This is the referee appointed to take charge of Switzerland-Cameroon this Thursday and everyone fears his ability to deliver red cards. On November 6, during the Champions Trophy final between San Luis Racing Club and Boca Juniors (2-1 ap), the Argentine sent off no fewer than 10 players, as the story goes. The Geneva Tribune.

While waiting for Switzerland-Cameroon, held at 11, find the clearest anecdotes from the eve.

Third in 2018, Belgium won on Wednesday against Canada (1-0). The Red Devils took advantage of a tie between Morocco and Croatia earlier in the day to take the lead in Group F. For their first World Cup game since 1986, the Canucks didn’t deserve but lacked success and realism. 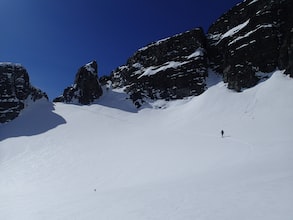 why OM decided to part ways with Milik