Jan. 7—FRANKFORT, Ky. (KT) — With the deadline for candidates to file their papers for Kentucky’s constitutional offices rapidly approaching, three high-profile Republican gubernatorial hopefuls appeared in the Secretary of State’s office on Thursday.

Kelly Craft, who served two years as Ambassador to Canada followed by two years as United Nations Ambassador during the administration of former President Donald Trump, was among those who filed for the GOP nomination.

Craft explained to reporters how she plans to differentiate herself from the rest of the Republican hopefuls, which numbers around a dozen.

“It’s like a Kentucky basketball game. You walk into the arena, the score is zero to zero, and it’s going to be whoever is working the hardest and reaching the most Kentuckians,” she said. “I have been out on my kitchen table tour and it’s very exciting to be able to sit down and listen to the people of Kentucky, listening to their issues. We’re going to be fixing a lot of broken promises and failed policies, and this a very exciting day.”

On the issue of abortion, Craft said, “I am pro-life. My exceptions are for the life of the mother, rape and incest. It’s also important that we take pre-natal and post-natal care of the mothers.”

Alan Keck, who is currently the mayor of Somerset, also signed his candidacy forms for governor Thursday.

He said his campaign is based on four pillars, starting with the economy.

“We have to create an environment where there is more open opportunity, starting with jobs. Just like President Reagan said, the best social welfare program in the world is a job. We want career-worthy jobs to come to Kentucky. We also have a workforce crisis in the Commonwealth, and our plan will address that.”

Keck’s said his other three pillars are public safety, education, true pro-family policies, including being pro-life.

The third major candidate filing came from Ryan Quarles, who is winding up two terms as Commissioner of Agriculture. He admitted with the large field of Republicans seeking to become governor, it’s going to be a unique election.

“We’re looking at maybe a dozen candidates in this race, and guess what, they’re all my friends. I’m going to follow President Reagan’s 11th Commandment and will focus on nobody’s race but my own. I think that’s the brand the Republican voters of Kentucky have gotten to know. I’m my own man, I show independence, and I think that’s one reason why we’re resonating across Kentucky.”

Journalists held over film of president appearing to wet himself 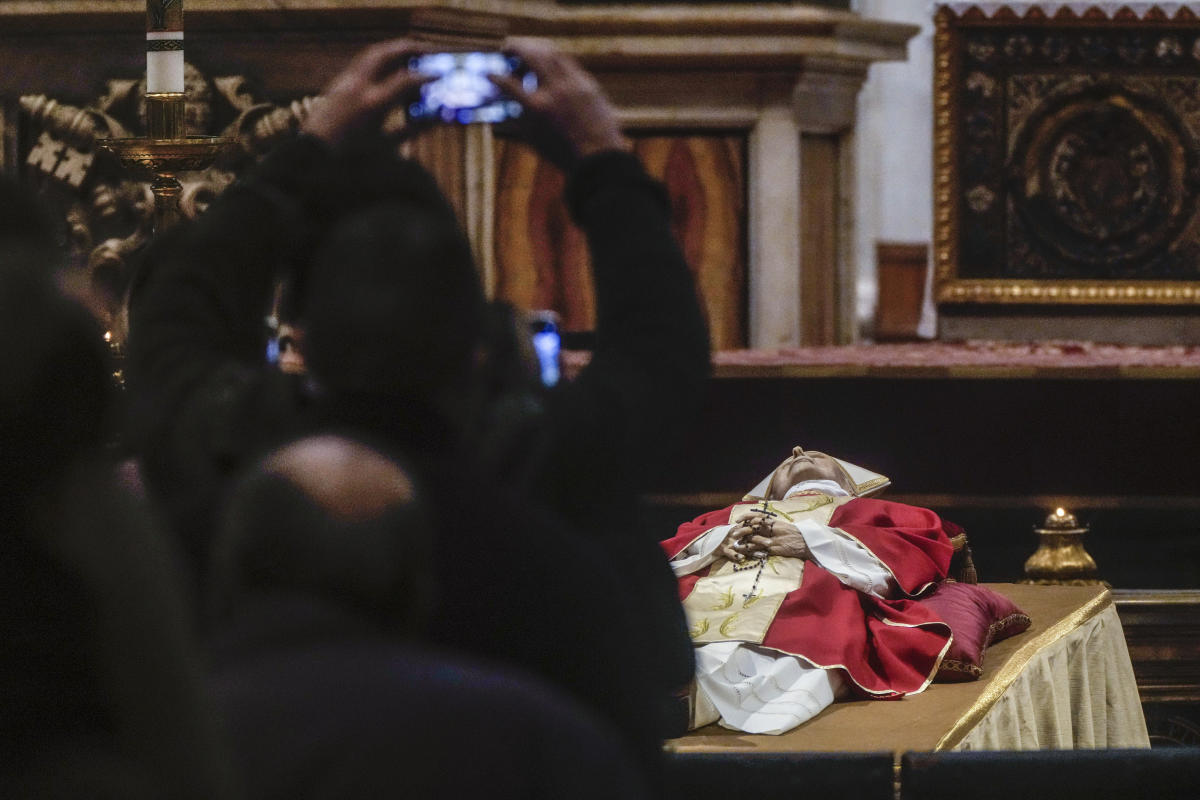 Putin running out of options in global pressure campaign